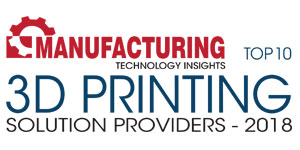 Edward Dominion, President & CEO Pretty much how CAD software revolutionized manual drafting, 3D printing brings a similar advantage to manufacturing, in terms of speed and its ability to impart a higher degree of freedom in design thinking. In the realm of industrial 3D printing, production of containers for packaging holds a sweet spot. Custom-designed containers can give products an edge in terms of visual appeal, packaging efficiency, ease in handling, and transport. However, opting for 3D-printed packaging solutions comes off as a bottleneck for mass production owing to multiple reasons which, many manufacturers learn the hard way.

Being a relatively newer tech, 3D printing is yet to really dawn upon the manufacturing lot. As such, it is mostly outsourced to solution providers who monopolize the market and tend to charge higher prices. Moreover, 3D Printing is just one part of a redefined packaging equation; it is up to the product manufacturers to find and knit through other processes prior to and after 3D prototyping. For instance, manufacturers will have to first materialize their packaging ideas in the form of designs before it can actually be prototyped by another 3D printing provider. 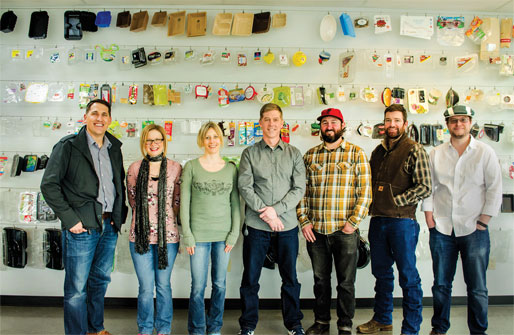 Then comes the pain points associated with testing the prototype for which they’d have to resort to yet another player. As such, the journey to availing 3D printing solutions for packaging can come out as an unmapped route for many producers. Not to mention, the time factor associated with all of these necessary prerequisites, after which, the need to scale with production comes off as a mountain to climb. There is also the serious risk of intellectual property leak at any point along this ‘3D printed packaging strategizing’ journey. Before a product manufacturer knows it, their competitor may already be leveraging a ‘modified’ version of their packaging design that has been deliberately rerouted around NDAs. Then there is the material durability factor; although metal printing is where the industry is headed, the technology is yet to catch up from a feasibility standpoint. The most widely used materials today—PLA and ABS—do have their own share of shortcomings. The latter has a high melting point and can generate unpleasant fumes while the former tends to degrade over time and has a rough texture.

As a seasoned expert in metal and plastic packaging, Edward Dominion was driven to address these looming industry predicaments, pushing him to go “all in” and found D6 Inc., for which he and his wife had to sell their previous ventures to fund the startup of the company.

Since its inception in 2014, the company strictly delivered on three well-defined agendas. “One: Samples of a concept have to be in a client’s hand within 24-48 from the time we talk about the project. Two: We have to be able to scale up production for the approved concept in less than six weeks from when we have an approved sample. Three: We have to be price-competitive to other offshore suppliers. Our first major milestone was when Martin Troudt, Chief Design Officer and Ben McGregor, Director of Engineering at D6, figured out how to push the limits of 3D printing,” says Dominion. Millions of dollars were invested into R&D today, after tens of thousands of well-spent man-hours later, D6 Inc. has emerged as the market leader for 3D prototyping, industrial tool builds, and large-scale global manufacturing of customer products and large scale commercialization for global clients. 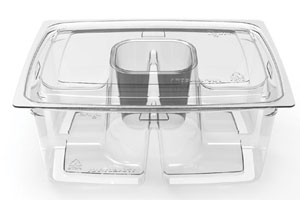 As the largest industrial 3D printing house in North America, D6 Inc. has invented a hybrid polymer for 3D printing that is capable of withstanding up to 600 degrees of heat without degrading. They also have their own algorithm that is capable of accurately calculating shrink values such that their prototypes will be exactly like the ones in production on a mass scale. Additionally, D6 Inc. has developed a split-beam laser technology for trimming venting features, and also mass trimming prototypes. Another innovation the company has introduced relates to their CAD software which is capable of auto-populating the design in a predictive fashion. On accounts of these breakthrough approaches, D6 Inc. can massively cut down the development time by about 95 percent compared to how prototyping is carried out by its competitors, which allows it to handle 200-400 projects a month vs 4-8 of its competitors.

On the services side, D6 Inc. positions itself as a one-stop-shop for 3D printed containers, all the way from ideation and design to prototyping and mass production, while many other players in the space issue a hard-stop after prototyping. Some of the company’s specializations include modified atmosphere packaging (MAP) for longer shelf-life of food products, mass cube optimization, domestic in-house thermoforming, and horizontal and vertical form fills, to name a few. Dominion broadly categories D6 Inc.’ clients into two: Those with readily available designs and those who encourage experts at D6 Inc. to take a shot and bring their idea to life. Either way, the company maintains utmost privacy with their clients’ IP. “We codename our products, so nobody really knows who they design it for. Nothing is leaked into the market. So, when clients come in, they may need a full mock-up, a label, film, and ultimately they need a container, and we package everything for the customer,” he adds. D6 Inc. even organizes supply reviews to ensure packaging costs are aligned with the current market. In effect, D6 Inc. singlehandedly does the job of 15-16 varied types service providers in the R&D space.

The company 3D prints material volumes of over 30-50k cubic inches a month in their printing labs alone.

D6 Inc. was chosen from among 16 competitors by a large multinational company to produce containers for their new product MOD. During the pitch, D6 Inc. was able to come up with a handful of unique designs and was able to increase their max cube by 3 times what our competitors presented. “Our clients with our designs was able to break their previous sales records five times in less than seven months from the launch of our concepts.” Eventually, the retailer was able to break the sales record for the product five times in less than seven months from the original launch date. In a matter of 156 days, D6 Inc. was able to get an approval, cut tooling, set up OEMs and have over 20 million units ready to sell. Dominion estimates that this would have at least taken two years, had the retailer resorted to multiple or fragmented solution providers. In another instance, a major medical entity, who shipped their product from overseas, had to keep switching container materials. To address their problem, D6 Inc. not only redesigned the whole container but also got them to market in less than 21 days with about 3 million units.

D6 Inc. is in full swing as far as geographical expansion and technical expertise are concerned. “We are a very private company that has no outside investors. We were able to make this dream a reality with the confidence of our key customers and the hard work and creativity of a great group of team members. The great thing about R&D is it’s never complete, so we will continue to specialize in the impossible and continue to ‘design with intent,’” adds Dominion. By 2020, the company’s R&D labs hope to master the art of metal printing. Dominion envisions to further ramp up D6 Inc.’ 3D printing speeds by at least 400-600 percent, which will further bring down the time for product delivery to less than 24 hours: A feat that will be faster than Amazon Prime Delivery. For this, D6 Inc. plans to have increase it’s international presence. Starting off with their first satellite location in the UK in 2019.

"When clients come in, they may need a full mock-up, a label, film, and ultimately they need a container, and we package everything for the customer" 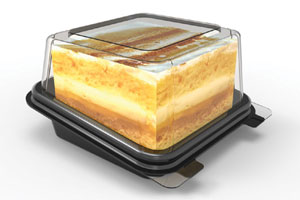 Expanding into Other Realms

Dominion, along with his team of experts in design (Martin Troudt), VP retail sales (Robin Choate), mechanical engineering (Ben McGregor), and inside sales lead (Jennifer Simpson), VP of operation (Brett Patch) and VP of procurement (Andrew Ferguson) to name a few—backed by a group of dedicated professionals (in the image)—continue to push the limits of what D6 Inc. is capable of, even into realms beyond 3D printing, such as food algorithms. “We have developed an advanced food algorithm, MX85 for predicting what a consumer will buy, at what price, and frequency. Our MX85 product development algorithm is truly revolutionary in the food industry,” prides Dominion. “We encourage people to try new processes or ideas, and we are very straightforward with our customers, and they love that because transparency can help us all get to the solution faster,” he concludes.